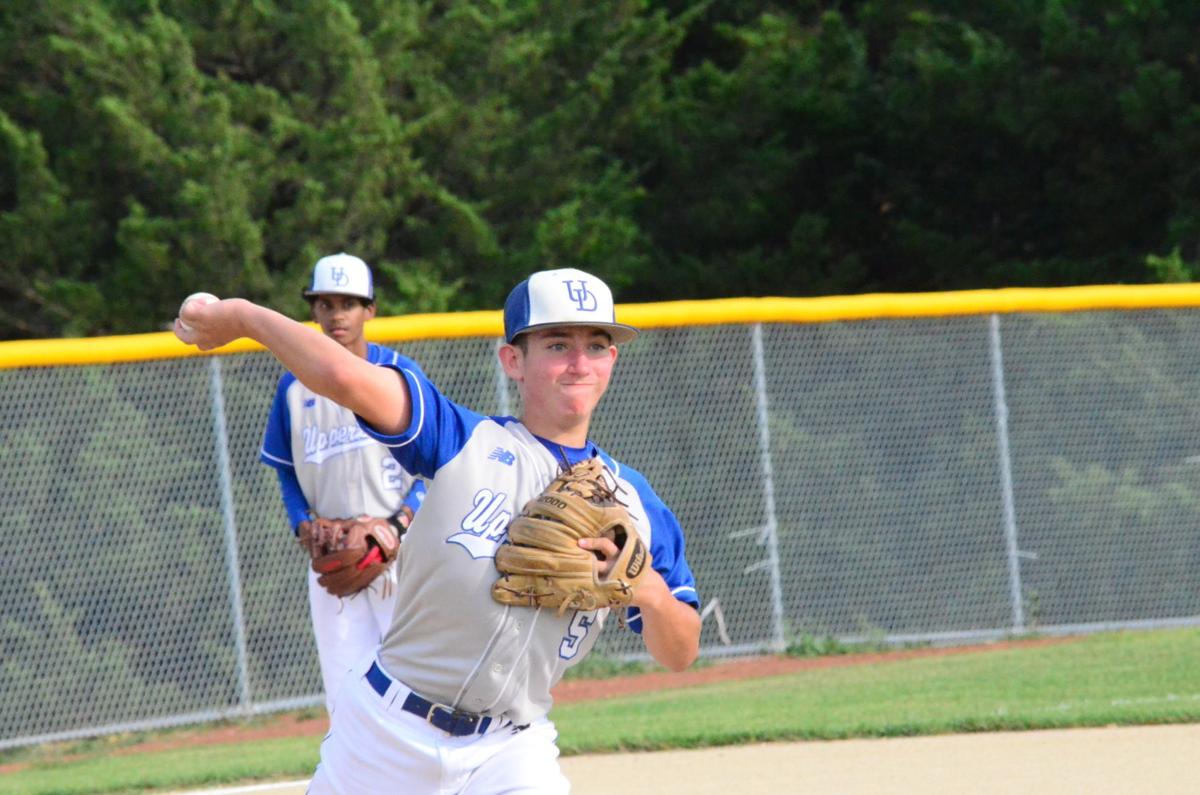 Pitcher Landyn Ziegenhirt throws a ball to first base during the Upper Deck Ravens home series versus Abilene at North Park on Wednesday. 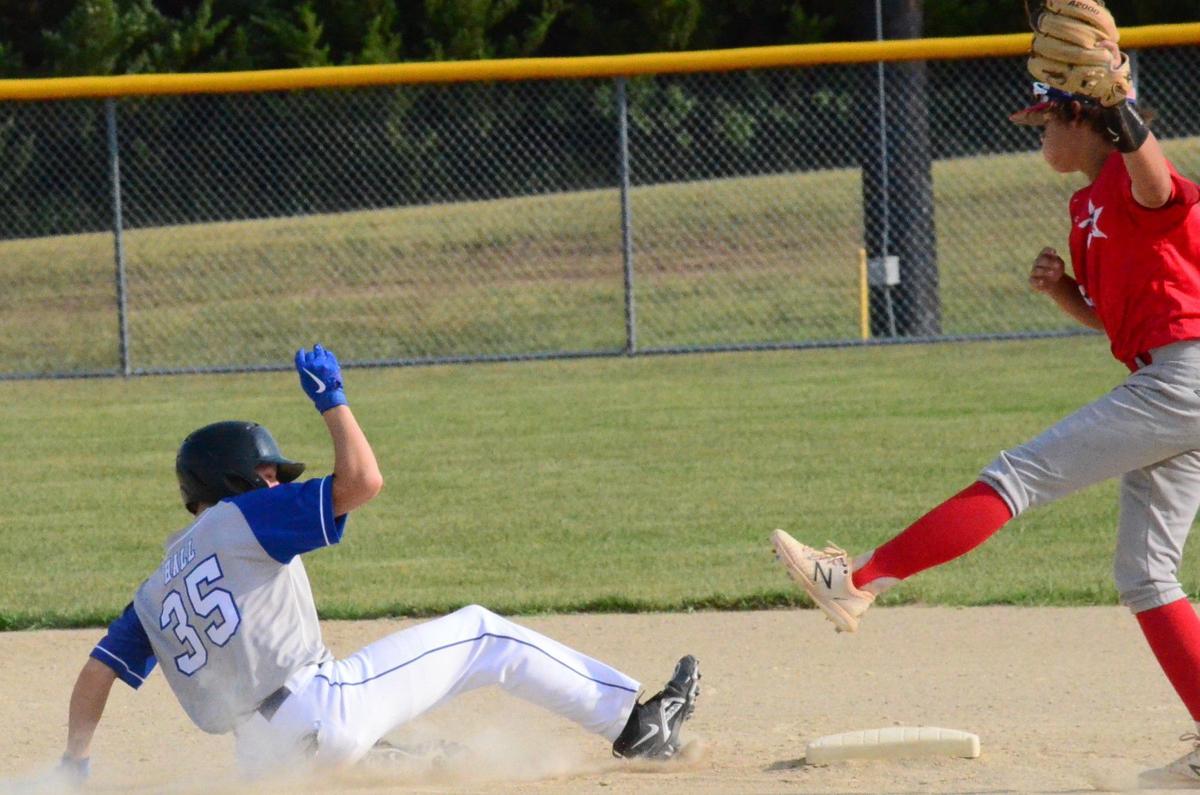 Naythan Hall slides into second base during the Ravens home series versus Abilene on Wednesday at North Park.

Pitcher Landyn Ziegenhirt throws a ball to first base during the Upper Deck Ravens home series versus Abilene at North Park on Wednesday.

Naythan Hall slides into second base during the Ravens home series versus Abilene on Wednesday at North Park.

The Upper Deck 14U Ravens took on Abilene Bandits on Wednesday at home at North Park and came away with a split, losing game one 7-5 before rebounding with a big 12-1 win in game two.

The Ravens grabbed an early 2-1 lead after the first inning but Abilene tied things up with a run in the top of the third.

Landyn Ziegenhirt got the start and went 5.1 innings, allowing two runs (none earned) on five walks with eight strikeouts.

Cael Smith went the final inning and two-thirds, allowing five runs (none earned) on four hits and a walk with two strikeouts.

The Ravens committed eight errors in the field.

Ziegenhirt led the way for the Ravens with three hits followed by two each for Hunter Valdemar and Keiondrea Wilcox.

Abilene grabbed another lead after scoring the first run in game two but from there it was all Ravens.

Dallas Henton led the Ravens with two hits but all but two of the Ravens managed to record at least one hit in the game. Ziegenhirt and Scotty Cary reached base twice on walks.

Smith led the team in steals with four followed by three each for Cary and Henton and two for Ziegenhirt and Talon Landreville.

The Ravens will now shift their focus on preparing for the Babe Ruth League Midwest Regional from July 29th to Aug. 2 in Garden City .