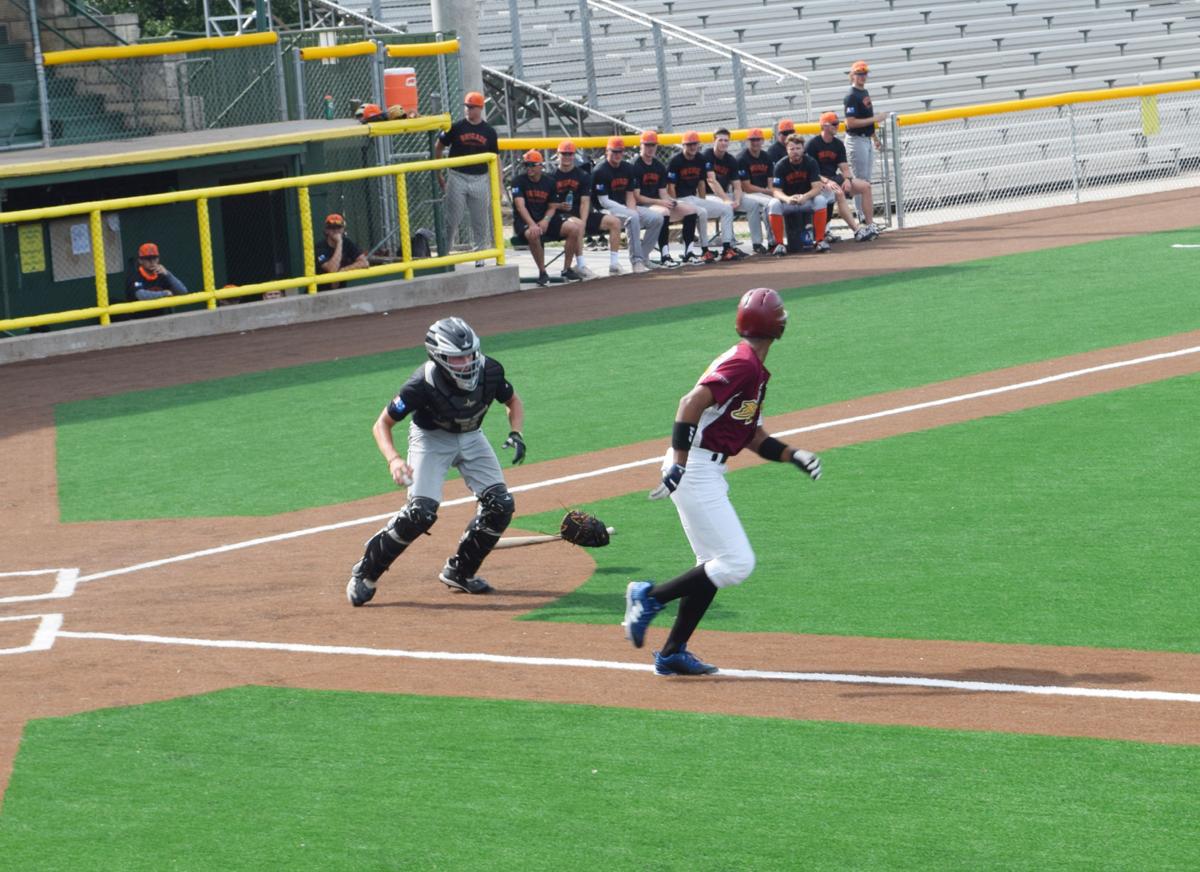 JC catcher Cooper Turpin looks to throw the ball to first base on a dropped third strike. 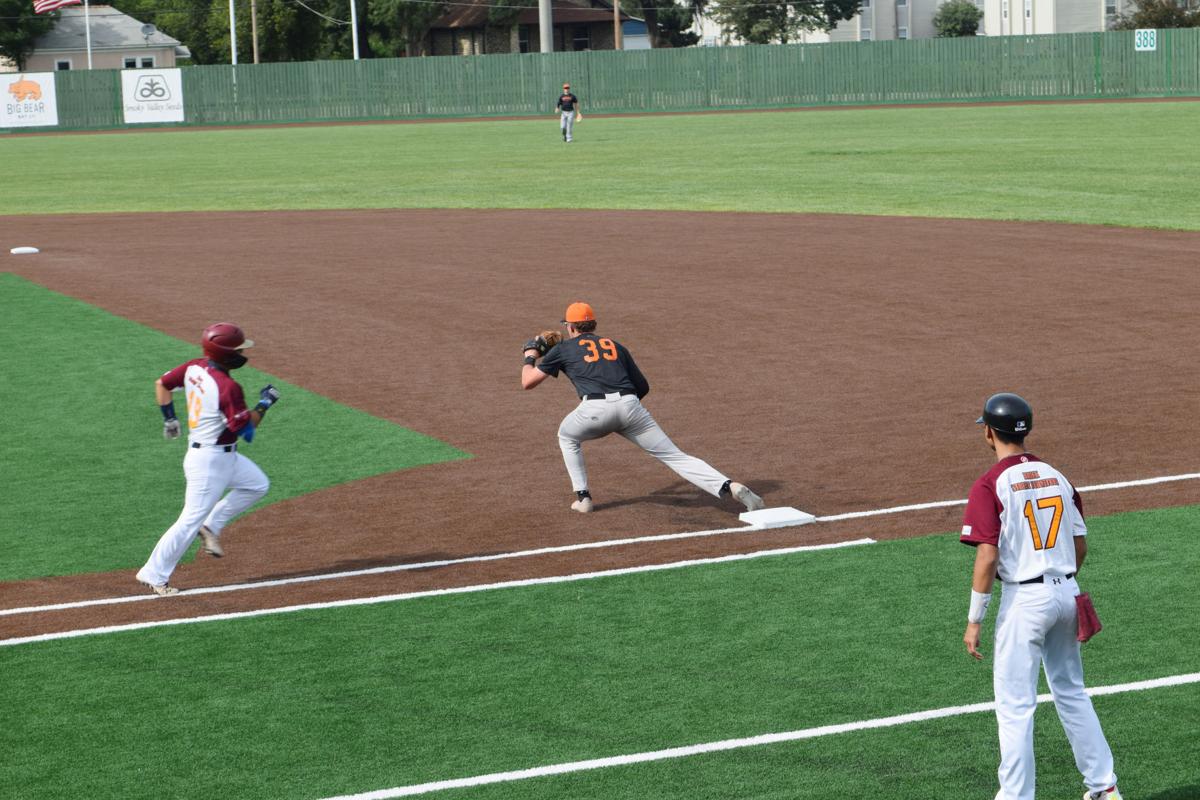 JC first baseman Adam Becker squeezes the baseball to get an out Wednesday night. 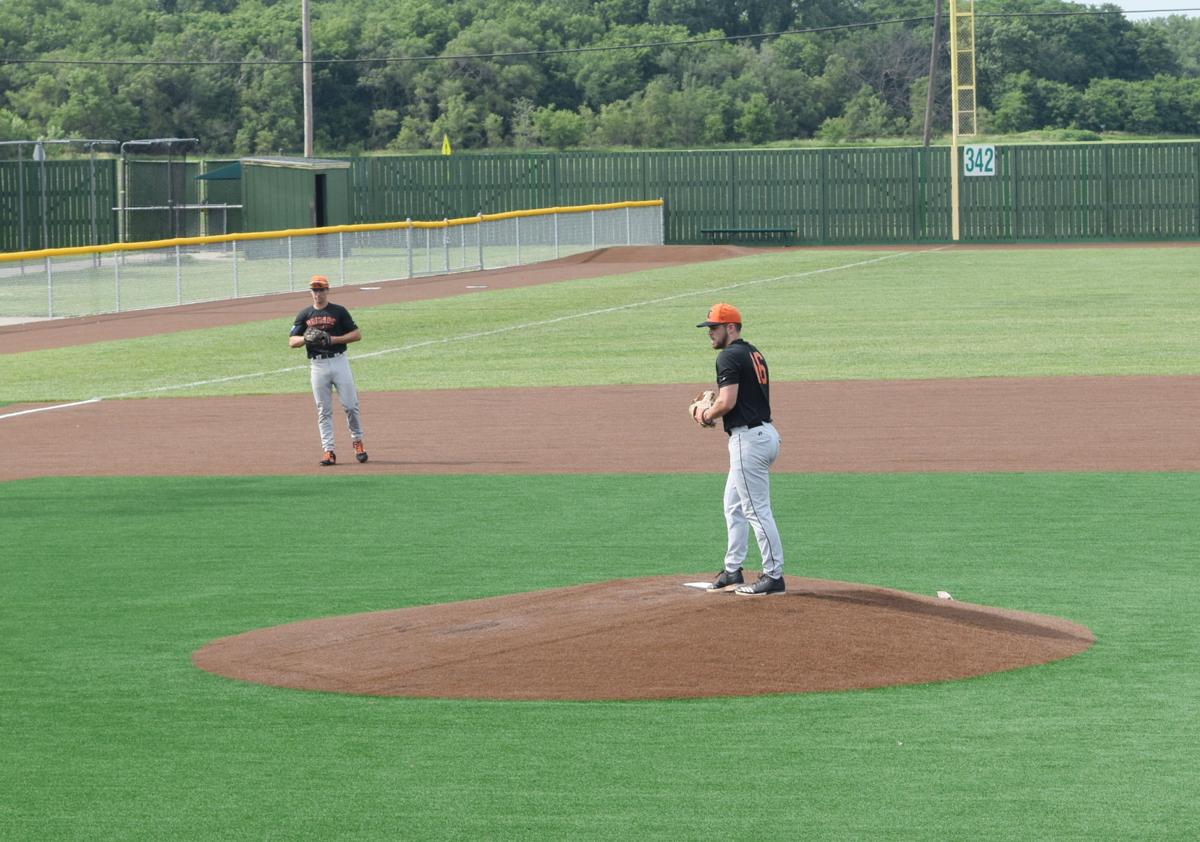 Jack Christian gets ready to deliver a pitch in game one of Wednesday night's doubleheader.

Wednesday night featured a birthday celebration at Rathert Field. Junction City Brigade head coach Derek Francis turned 26, and he was happy to see another year of being on the baseball diamond.

“It got here quick on me,” Francis said. “I remember not long ago I was just turning 20. It’s starting to move a little quicker now, but (I’m) having a lot of fun still being around the game I love.”

The Brigade delivered two wins for the skipper by taking two in a doubleheader against the Sabetha Bravos. It was a tale of two very different games; the Brigade took game one 3-2 and the second game 12-1. Francis was relieved that the second game left a good lasting impression.

“It was fun,” Francis said. “The first game didn’t necessarily go clean by any means. The second game was a lot better, a lot more of what we’re looking for. We got out of here in seven innings and it was more of a baseball game we’re trying to play.”

Francis dipped into his bullpen a lot Wednesday night. With the team’s schedule the way it is currently constructed, Francis said it’s difficult to get into a routine with the starters going every Thursday, Friday and Saturday like they could last summer. Starters Jack Christian and Riley Taylor each went three innings in the games they started, and then the bullpen finished the job in both games.

“Both went three innings just as kind of a side session as a bullpen,” Francis said. “They’ll get ready to go against the A’s on Saturday, so that’s why we ended up using so many arms when a starter only goes three innings. We had yesterday off, so everybody was pretty much fresh. Tomorrow we’ll have Jake Taylor going, and hopefully he can give us three, four or five good innings and it’ll be another bullpen game. Same with Friday; that will just be to try to keep guys healthy for Saturday and in the groove of things.”

With an important league doubleheader coming up on Saturday, Francis stressed to his team after the game to not overlook Barn Baseball Academy the next two nights. The team is familiar with the Brigade and hasn’t backed down to them in any of their matchups this season.